RELEASING THE GODDESS WITHIN

Fully express yourself and create a new focus

Releasing the Goddess Within

This fun and interactive retreat will provide a unique opportunity for any woman wishing to discover more about herself and the power she has to control and transform her life.

Do you feel there is something missing? Could you experience more fulfillment and flow in your life?

During this retreat you will have an opportunity to explore the six goddess archetypes that are most relevant to modern women in contemporary society. Which archetypal goddess are you currently manifesting in your life? Could you awaken and express more of your hidden depths through Aphrodite, Hera, Athena, Persephone, Artemis or Demeter? This is a unique opportunity for any woman wishing to discover more about herself and the power she has to control and transform her life. 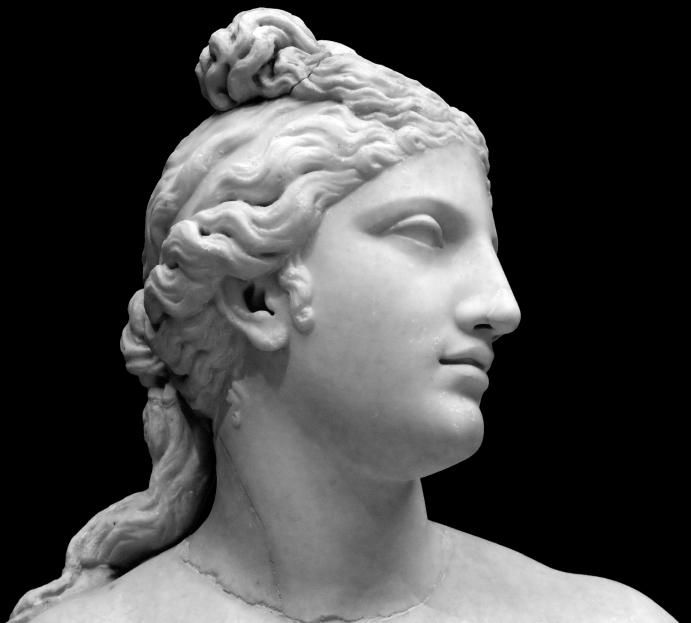 The highest ‘scores’ suggest the goddess energy you feel most comfortable with–predominating in your consciousness.
The ‘lowest’ scores reflect qualities you are least connected with on a conscious level.
These are qualities you may be least familiar with in yourself.
You may wish to keep this in mind as you read about the various goddesses below.
You may discover a desire to cultivate qualities of the goddesses for whom you received lower ‘scores’.

extroverted and independent temperament – represents the goddess of wisdom and civilization – concerned with career, motivated by the desire for achievement, acquiring knowledge, she possesses a keen intellect, concerned with education, culture, social issues and politics. Athena is father’s daughter. She enters the male arena in the outer world. Athena is also known as one of the three Amazon women. (The myth of the Amazon women spoke of a society of fierce warrior women who lived entirely without men.) The story of her birth: she emerged, fully-grown, out of the Head of Zeus.

She is an androgynous ‘virgin’ goddess who develops a relationship with her own inner masculine part rather than partaking in marriage to an outer male. Her awareness is focused. She relates to men as intellectual companion with whom she shares ambitions, career goals, and ideals. If a primarily Athenian-type woman chooses partnership, she seeks one who possesses sufficient self-confidence and who will appreciate her ambition and autonomy.

possesses an introverted and independent temperament (polar opposite to Athena) – represents the goddess of Nature – concerned with matters of the outdoors, animals, environmental protection, women’s communities–she is practical, adventurous, athletic and preferring solitude. She symbolizes regenerative earth power over all living things. Both Artemis and Athena bore arms as protectress goddesses. Historically, Artemis was born quickly by her mother, Leto. However, due to a curse from Hera, Artemis was the one who, immediately following her own birth, assisted her mother’s delivery of her brother in a long and difficult labor. She became known as the patroness of childbirth.

Artemis, armed with bow and arrow, possesses the power to inflict plagues and death or to heal. She is known as the protectress of little children, baby animals and, yet, she also loves the hunt.

Artemis is one of the ‘virgin’ androgynous goddesses. Due to her well-integrated masculine energy and independence, Artemis does not possess much need for a man to complete her. Her awareness is focused. A predominately Artemis type woman may enjoy a companion who will work along side her sharing her practical pursuits – parallel relatedness in shared activities, yet, each one retaining their strong and distinct identities in their fairly separate lives. They may come together enjoying a deep, intuitive connection with minimal ‘chatter’. Artemis, the goddess, was known to shun men.

possesses an extroverted temperament and a focus on issue of outer world control/power. She represents goddess of marriage–concerned with partnership and her relationship as wife to a man. She faces life challenges regarding power, status and leadership. Hera belongs to the relationship-oriented ‘vulnerable’ goddess category, suffering humiliation by her god husband, Zeus. In fact, Zeus was her twin brother. He attempted, unsuccessfully, to court her so he disguised himself as a shivering little bird to obtain pity from her. His ruse worked, when she tenderly drew him to her breast, he returned to his true shape and raped her. She was shamed into marrying him. As her husband, he also shamed her by engaging in numerous extramarital sexual liaisons, further causing her humiliation. Hera had allegedly led a conspiracy against Zeus as an act of revenge.

A Hera type woman desires a highly successful, powerful man as her partner–one who will share his power and status with her. Traditional in her values, she seeks social prestige and matriarchal rulership through marriage. Her awareness is focused.

It is believed that the myth of the conflictual marriage of Zeus and Hera relates back to the time when a barbarous northern tribe invaded Greece around 1000 B.C.E., bringing with them their masculinized sky gods. The ancient Greeks at this time were believed to be revering the mother goddess and celebrating her magical powers. Historians suggest that the invaders, occupying this feminine culture, overpowered them and forced their submission to the invaders’ beliefs. From the perspective of myth and psychology, the feminine culture of ancient Greece was ‘raped’ and coerced into ‘marriage’ to the barbarous invader tribe. In this way, Hera represents the uniting of feminine and masculine energies.

possessing an introverted temperament (polar opposite to Hera) with issues of inner world control/ power–she represents the goddess of the underworld–concerned with the world of spirit, the occult, matters associated with death. She is mystical, visionary and often possesses spirit guides. Her awareness is diffuse. Persephone belongs to the relationship-oriented ‘vulnerable’ goddess category having a very close relationship with her mother, Demeter. Another aspect of her vulnerability, Persephone was abducted, taken to the Underworld and raped by Hades. Her mother, Demeter mourned, sorrowfully, in the face of her abduction.

Persephone is said to have a younger counterpart to herself–Kore–another name for the young Persephone. Psychologically, this may be a representation of two or three levels of this archetype: Kore, the Maiden, Persephone (or Demeter), the mature Woman, and Hecate, the Wise Crone.

Persephone type woman is more attracted to the spiritual nature rather than the physicality of her partner. She may unconsciously attract destructive relationships or potentially controlling partners. As an unconscious protective measure, she may choose a safe alternative in a younger, non-threatening partner whom she can mother.

possesses an extroverted temperament and focuses on relationship/love–she represents goddess of love (boundless eros) –her primary concerns/interests are mature, adult relationships, romance, sexuality, beauty and the arts. One account of Aphrodite’s birth states that she rose up from the foam on the ocean as a naked and fully developed beautiful woman; and she rode on a scallop shell.

Aphrodite’s origins, in fact, pre-date the ancient Greeks. She is said to be older than Time. An even more ancient deity exhibiting more aspects than love and beauty, she can also be recognized as Astarte or Ishtar. Her origins were Babylonian/Sumerian. Her domain embraced all of nature: vegetable, animal as well as human. Among her powers were associated with fertility and growth/harvesting of crops, war, descent to the underworld, birth/life/love/death and fate. She was also worshiped as sacred ‘prostitute’.

This goddess includes autonomy similar to ‘virgin’ goddesses yet also includes aspects of the ‘vulnerable’ goddess such as relationship-oriented. Her consciousness is both focused–directed, goal-oriented and diffuse–receptive, taking in the relationship between things. Aphrodite does not suffer, however, as did the ‘vulnerable’ goddesses. Although she is known for her numerous sexual liaisons, she is not bound by any man. However, unlike Athena, Artemis and Hestia–‘virgin’ goddesses–Aphrodite did give birth to children. Unlike the ‘vulnerable’ goddesses–Demeter, Persephone and Hera–Aphrodite was never a victim of a man’s unwanted passion for her; the desires were mutual. Unlike her ‘virgin’ sisters, she values emotional experiences with others more than she desires more solitary goals. Although an independent figure in her own right, this independence does not preclude emotional involvement with others. On the other hand, she is not attracted to permanent relational bonds like her ‘vulnerable’ sisters.

Aphrodite type woman admires potently masculine men and their capacity for success and combativeness. Her arena of interaction is in the boudoir or the salon. She feels comfortable with multiple relationships or extramarital affairs. She is attracted to creative men and engages with them as their inspirer. She is said to be attracted to the Son/Lover, as her romantic interests were a generation younger than she–those of the sons of her godly peers.

possessing an introverted temperament (opposite to Aphrodite), a kind, gentle-soul, she re-paid people well for even the smallest favors. She is concerned with bearing, raising and nurturing children and family. Hers is a contained ‘mother love’. Her awareness is diffuse. Demeter belongs to the category of ‘vulnerable’ goddess–she was raped and impregnated by Poseidon as well as by Zeus. Her daughter, Persephone, was taken from her and, and although she was returned for awhile, she was forced to leave her mother, Demeter, for a portion of every year.

Demeter was the goddess of earth, agriculture and fertility. Known as the corn goddess, she symbolizes regenerative earth power over all living things. A sheaf of ripe wheat was her primary symbol. She presided over the harvest and all the agricultural labors. She was often sculpted as a matronly figure, seated. Demeter is the mother archetype representing maternal instinct finding fulfillment through pregnancy and motherhood – or a parallel avenue providing nourishment (psychologically, spiritually), or caretaking. A predominantly Demeter type woman whose mothering urges are thwarted may be disposed to depression.

Demeter was possibly the oldest of the gods/goddesses, and, like Hera who was born later, was swallowed by her father and, like Hera, was both a mate to Zeus as well as his sibling. Demeter is connected with the Eleusinian Mysteries–a ritual celebrating the annual birth and death of corn. She is connected with the perpetuation of the food supply for large populations. Demeter goddess pre-dates the Greeks–she was the ancient Earth Mother. Both Demeter and her daughter, Persephone, are said to be two different aspects of the same goddess–Persephone (Kore), the maiden and Demeter, the Mother.

A primarily Demeter type woman seeks a man for security rather than for intellectual or sexual companionship. In this way, the security he offers provides her a means to direct her attention to that which matters most to her– home, giving birth to children and nurturing them.

The retreat is ideally run over 2 full days, however it can be customised into an intensive day or 1.5 days.

To schedule a discussion with Andro please call +447711238410 or email andro@androdonovan.co.uk